Regardless of what device you bring, we create customized mobile applications, enhance dynamic correspondence with customers and rise your business esteem.

IOS application development is the basic process of making mobile applications for Apple hardware. An apple Hardware includes iPhone, iPad, iPod Touch. The Software here is written using the language, objective-C, or any other swift programming language. This is then accessible to the users for download in the app stores. To develop iOS applications the most basic thing that is needed is the generation of an app idea.

One also needs to have a Mac Computer which runs the latest version of an app marketing plan and building the application with one such option. Lastly there comes the submission of the app in the app store for approval. I’d application development has a tailored approach to one’s business models, industry, clients. There are several companies which expertise in web development, mobile application development, and web design but nobody does it like Rever InfoTech. This web designing and development company enables one to enjoy new heights of success.Rever InfoTech offers customer-oriented digitalsolutions on time.

It also assures the creation of applications with updated featuresand technologies that fit one’s business case. Apart from this Rever InfoTech provides developers the key surface of digital marketing that successfully can create a remarkable digital experience. iOS Application provided by Rever InfoTech is very beneficial for the one making, and also for the one using.Their team of experts can meet the need of thecustomers. Not only this thewell-designed mobile applications and the service they provide take one’s business to the next level.

Android App development is the process of developing applications for the utilization of Android phones, and tablets. This in turn utilizes the android operating system. The official language firstly used was Java. It has now been replaced by Kotlin which is consequently the most used language. Android development applications may also be written using C++with the usage of the android software development kit.A lot of the apps in the play store are built with Java, the most supported language by Google.

It also provides enhanced security and customization. With increased popularity, ReverInfotech makes it quite an easy task for independent android application developers to earn profit. With the increased efforts and experience and tactics of developers, Rever Infotech has earned a lot of clients since its establishment.

Mobile App development is a framework open-sourced by Adobe Systems that eases the task of building hybrid applications which run on most mobile platforms like android, iOS, BlackBerry, and Windows phones. Mobile App development by Rever Infotech allows one to build cross-platform mobile applications and access the native features of mobile and functionality, like contacts, camera, calendar, notifications, etc.

The main aim of this is to bring the full power of the web to mobile applications which will in turn enable mobile developers to build applications with a single code base. It also provides a wrapper function for the extension of JavaScript, CSS, HTML code that can work natively on all operating systems, be it iOS or Tizen, or windows. The tools required for the development of the Mobile App applications for iOS are XCode and iOS SDK. For Android, it is Android SDK and ADT Plugin. In the case of the operating system, BlackBerry includes Sun SDK, Apache Ant, and BlackBerry Webworks SDK.

It is a widely adopted technology and used by developers for designing applications. Here we have several developers and designers who have expertise in the creation of multiplatform mobile app solutions for iOS as well as Android operating systems. This is done using Mobile App. Rever Infotech provides well-designed, crafted, and customized mobile applications development that functions smoothly on any platform.

We are a team of 50+ professionals, who deliver only top quality web solutions.

We are a team of 50+ professionals, who deliver only top quality web solutions. 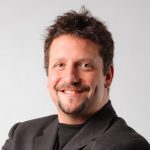 Excellent Professional workers with a good work ethic and a good eye to detail. I like working with these guys as they make my life easier as they manage themselves, produce excellent top quality results every time, there costs are extremely reasonable and they actually understand what "deadlines" are. Very good overall experience, would highly recommend to anyone to use these guys, they know what they are doing!! Well done guys. 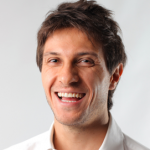 Sukhdev did a great job increasing the load speeds of a few websites I own.Great Freelancer with proven results. Will rehire and recommend. 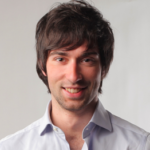 Great to work with. Very knowledgeable. Offered areas of improvement then followed up with reports. You need him on your team! I will hire for future projects. 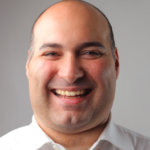 Probably the best PHP Developer I have worked with, his english is good, his overall understanding is good. I contacted him at an unsocial time and he dropped everything to help me and got the job done very quikly and precisely also. Will highly recommend to anyone who doesn't want to waste time. 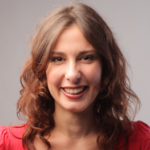 Sukhdev did a great job and did the work as required. Will hire again and I do recommend him to others.